The HB4 LED bulbs are designed to be installed in fog lights and are also used in car headlights and high beam headlights. These bulbs are also compatible with 9006 bulbs.

Warning! Before you buy the bulbs, make sure that your car uses HB4 bulbs. 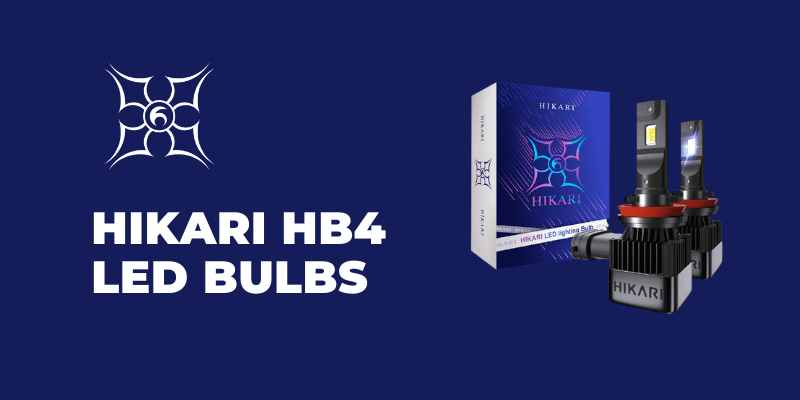 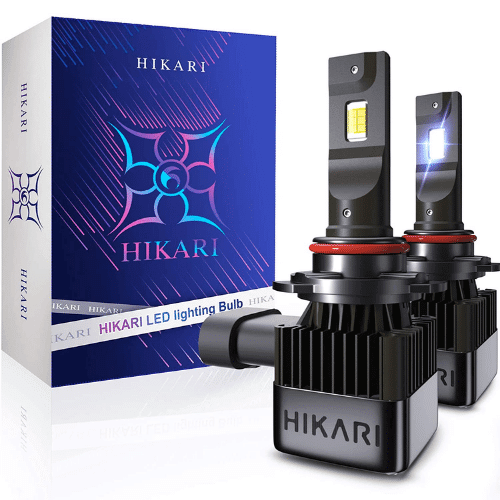 Our HIKARI LED HB4 lights are designed to create a new and exciting experience and draw attention to your car. These bright white HB4 headlights are designed to illuminate the curves of the road, illuminating every part of the journey for an unforgettable ride. These ACME-X chips are our newest and most advanced lighting technology, providing the brightest possible on-road brightness. 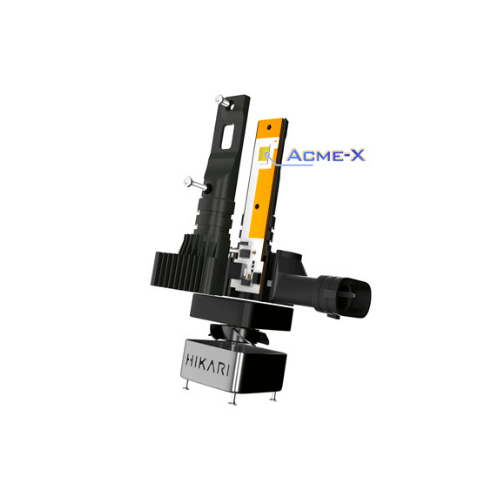 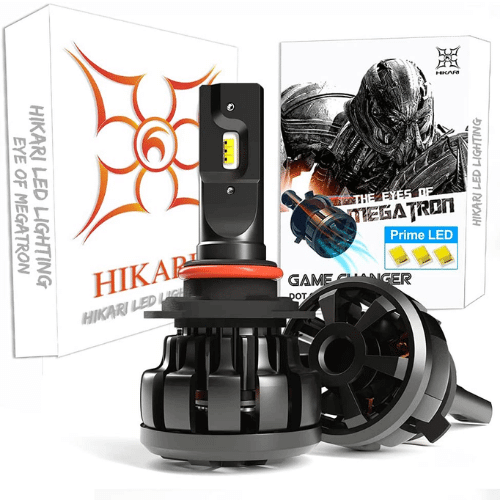 Hikari UltraFocus Prime ZES HB4 LED Bulbs use far less power than standard bulbs, but give you more light, so you can see without giving up safety. Our patented Prime ZES LED chips are packaged in a single optic that creates a more concentrated hot spot than other LEDs. The result is better visibility and greater range for better nighttime driving. 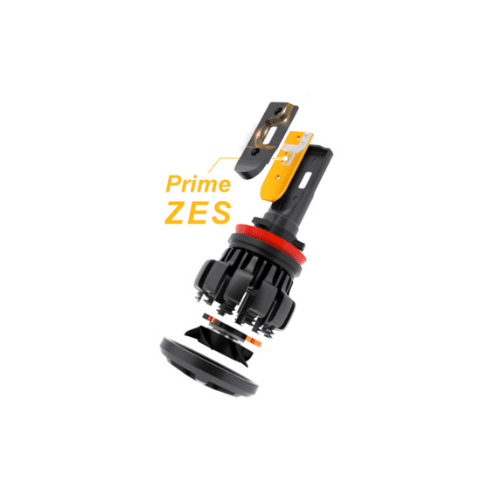 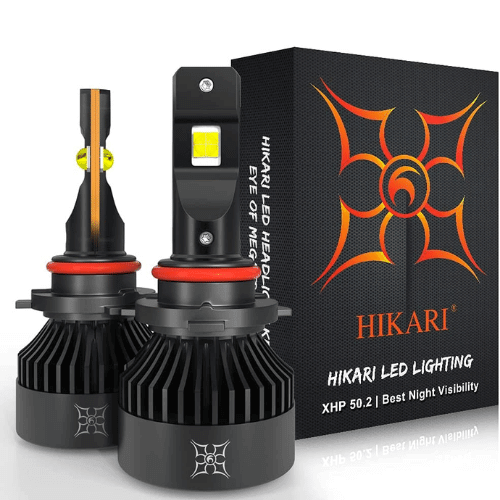 Hikari Wings is committed to producing the world’s most innovative LED lamps and accessories. We want customers to understand that every time they drive their car with Hikari Wider Vision Top XHP50.2 LED HB4, safer and better driving can be achieved. 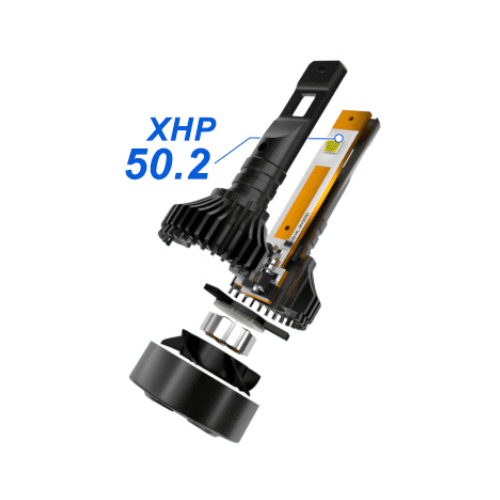 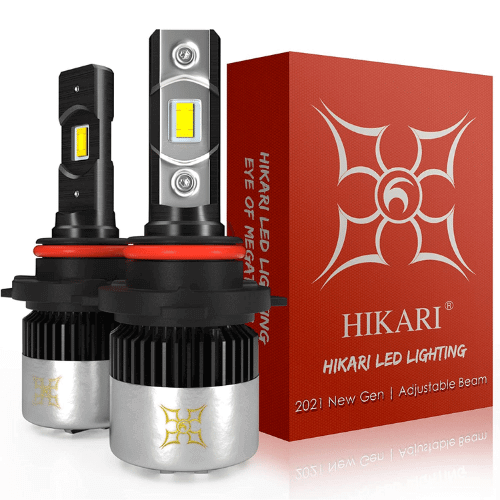 Hikari Thunder HB4 LED bulbs are great for cars, SUVs and trucks that need improved visibility and the ability to drive at night. 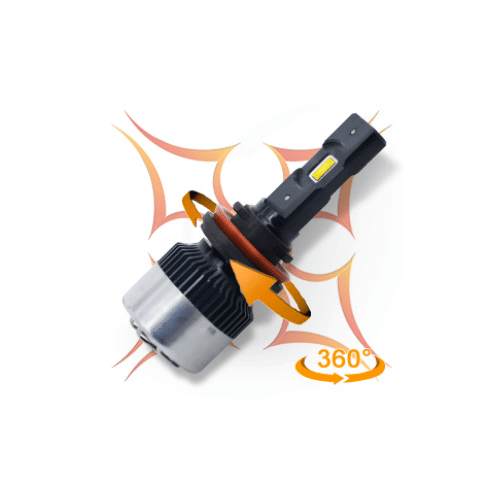 HB4 (9006) LED bulbs are mainly used in the fog lights and sometimes the low/high beam headlights of modern American cars.

In the LED lamps Hikari HB4 (9006) uses modern LEDs, they have a long service life and dozens of times, superior to halogen lamps and incandescent lamps. An important advantage of the 9006 lamps is their low power consumption. This reduces the load on the power grid and generator, which reduces the wear and tear of these parts. In the car LED lamp HB4 9006 dimensions are completely similar to a standard car bulb. Due to the fact that HB4 LED lamps have low heat emission, the headlights do not melt with time, compared with incandescent lamps, which have a temperature of more than 100 ° C, and the maximum temperature of HB4 LED lamp is 60 °C. No special equipment is required for installation, just install the HB4 LED bulb in place of the regular bulb.

When choosing Hikari HB4 (9006) LED bulbs for the car, you need to consider the power of the LED bulbs, the color temperature, the compatibility of the HB4 bulb with the car, and the life of the LED bulb HB4.

An important factor when choosing HB4 LED bulbs is the light emitted by the bulb.

How bright the light emitted by the bulb will depend on several factors:

The luminous flux of Hikari HB4 LED bulbs is the brightness of the beam emitted by a light source, which is measured in lumens. Lumen (lm) is a unit of luminous flux in the system of calculations. One lumen in the Hikari HB4 LED lamp is equal to the light flux emitted by a point isotropic source with the light intensity of one candela into the solid angle of one steradian. The greater is the Lumen value in the Hikari HB4 LED bulb, the brighter is the light of the bulb. With a high intensity of 10,000 to 12,000 lumens, HB4 lamps illuminate the road almost as well as daylight. 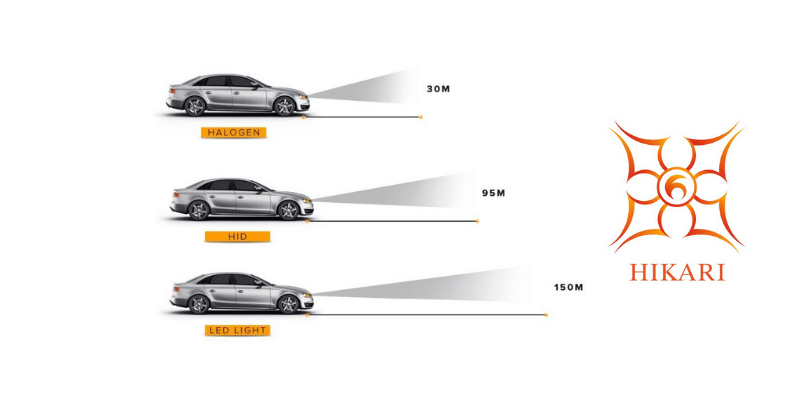 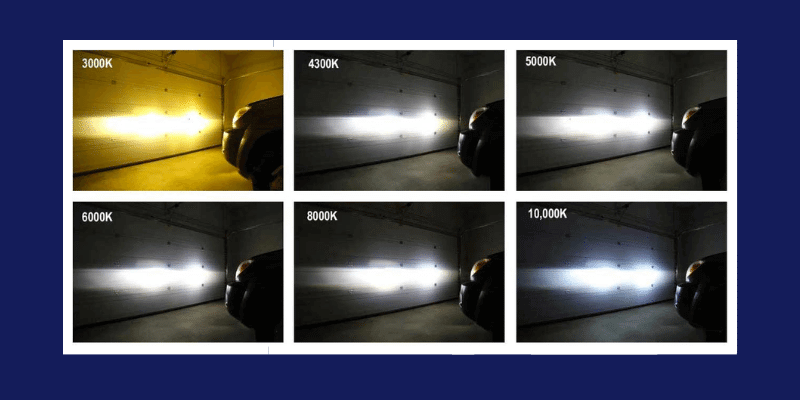 The nominal wattage of the bulbs is measured in watts (W). The power rating of Hikari HB4 LED bulbs is 32 watts.

Disclaimer for purchasers in the USA

Automotive HB4 LED bulbs should only be used for additional lightings, such as in fog lights. Seller does not certify DOT/FMVSS 128 compliance and does not sell or market LED headlight bulbs for high and low beams. All LED bulbs of all brands, regardless of marketing claims, are prohibited from use in headlamps under applicable federal law. Use outside the U.S. is also not prohibited and is subject to local laws and regulations.